Biodiversity represents the richness and variety of living forms and their life on earth. It is the most intricate and important characteristic of the earth. In this article, we will be discussing about biodiversity, its type, examples, loss, significance, etc., in detail. 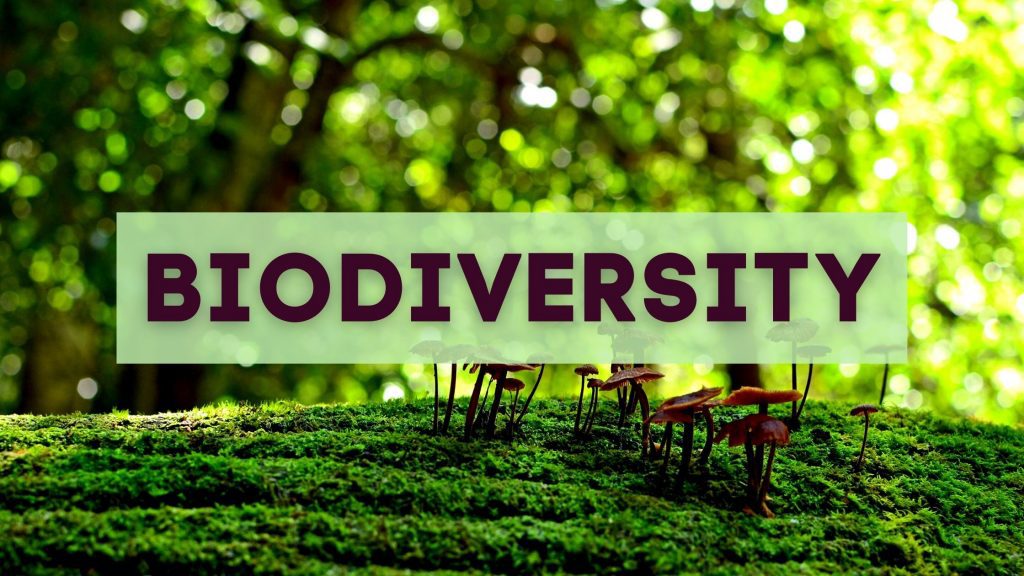 We see many diverse forms of livings. Biodiversity represents the richness and variety of living forms and their life on earth. It is the most intricate and important characteristic of the earth. In this article, we will be discussing the same. We will be looking at what is biodiversity, what are the types or levels of biodiversity, their importance, etc.

“The variability among biotic forms that are living organisms from all the sources in the environment along with their habitat is known as biodiversity.”

The sources include marine, terrestrial, aquatic, arboreal, and aerial life forms, from different species within the ecosystem.

The word biodiversity was first coined in 1985 by Walter Rosen.

There are three inter-related hierarchical levels of biodiversity, that are as following:

What is Genetic Diversity?

‘Genetic diversity is the range of diversity at the level of the gene of organisms’.

For instance, considering the genetic diversity (at the level of a gene), Drosophila melanogaster has 13,000 genes. Similarly, there are many other examples of variations within the same species such as rice, banana, cactus, wheat, apples, mangoes, etc. that vary from one another in shape, size, color, seeds due to the diversity at the genetic level.

What is Species Diversity?

“Species diversity refers to the diversity at the species level or variety of different types of species found in a particular area.”

What is Ecological Diversity?

“Ecological diversity is the variation at the level of ecosystem namely forest ecosystem, desert ecosystem, and aquatic ecosystem.”

What is an ecosystem? An ecosystem is a geographical area consisting of all the organisms with the physical environment where they interact or associate with each other.

Each ecosystem consists of organisms from many diverse species, living together in an area united by the flow of energy and nutrients. The Sun is the ultimate source of energy for all ecosystems. Plants receive the energy from Sun and convert it into chemical energy by photosynthesis. This energy flows through the different trophic levels.

Besides its ecological significance, biodiversity is important in many ways. Such as:

Furthermore, as per the IUCN 2004 report, the total number of plant and animal species is more than 1.5 million. Similarly, Robert May estimated global species diversity is at about 7 million. Also, more than 70% of the species recorded are animals. Whereas, plants including the bryophyte, algae, gymnosperm, and angiosperm comprise about 22% of the total diversity.

Among the animals, insects make up more than 70% of the total diversity on the Earth. Fungi species are more as compared to the total of reptiles, amphibians, mammals, and fishes.

Furthermore, biodiversity is not uniform, it is uneven and affected by two factors mainly latitudinal gradient and species-area richness.

The greatest biodiversity was found in the tropical Amazon rainforest in South America as it is the home of 40,000 species of plants, 30,000 species of fish, 1,300 species of bird, 427 species of mammal and amphibians, 378 species of reptiles, and more than 1,25,000 invertebrates.

Loss of biodiversity is the reduction in biodiversity within a species, an ecosystem, any geographic area, or earth.

There are various reasons that lead to biodiversity loss. Such as:

So, concerning all the above, there is an urgent need to conserve biodiversity by establishing wildlife sanctuaries that act as natural habitats for animals and plants.