This blog is about current electricity. It covers resistance, temperature dependence of resistance, EMF, Ohm's Law and internal resistance. 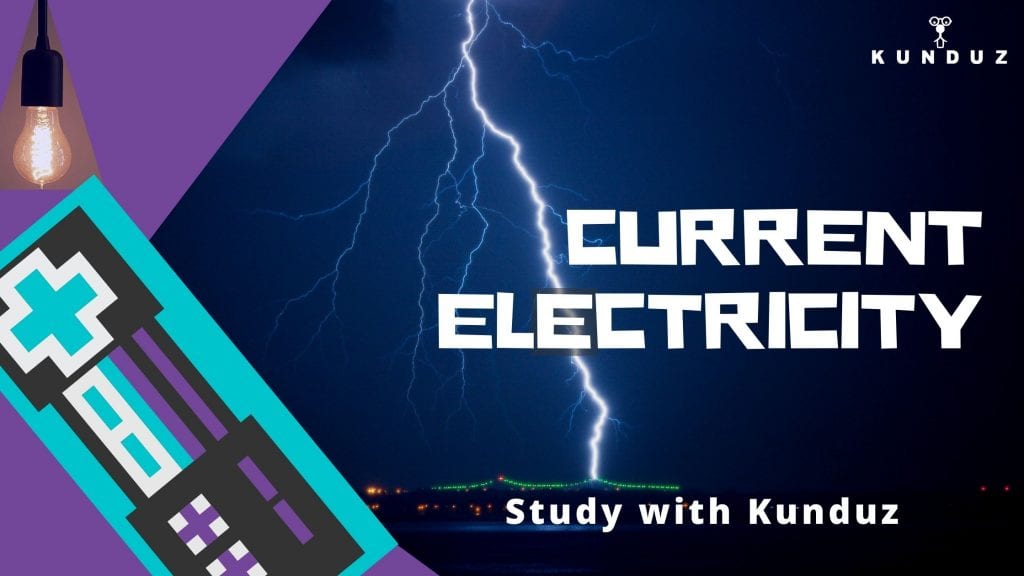 Modern life can’t run smoothly without electricity, more specifically current electricity. We see several phenomenon relating to current electricity in our everyday life. Lightning is one such phenomenon in which charges flow from the clouds to the earth through the atmosphere. A torch and a cell-driven clock are examples of devices which run via electrical energy. In this blog, we shall study some of the basic laws concerning steady electric currents.

Electric current : What is current in electricity

When a wire is connected to a battery an electric field is set up at every point within the wire. This field exerts a force on each conduction electron. Although, the electrons are continuously accelerated by the field, due to their frequent collisions with the atoms of the wire , they simply drift at a small constant speed in the direction opposite to the field. Thus there is a net flow of charge in the wire at a low rate. The total charge passing through any cross section per second is the electric current in the wire. 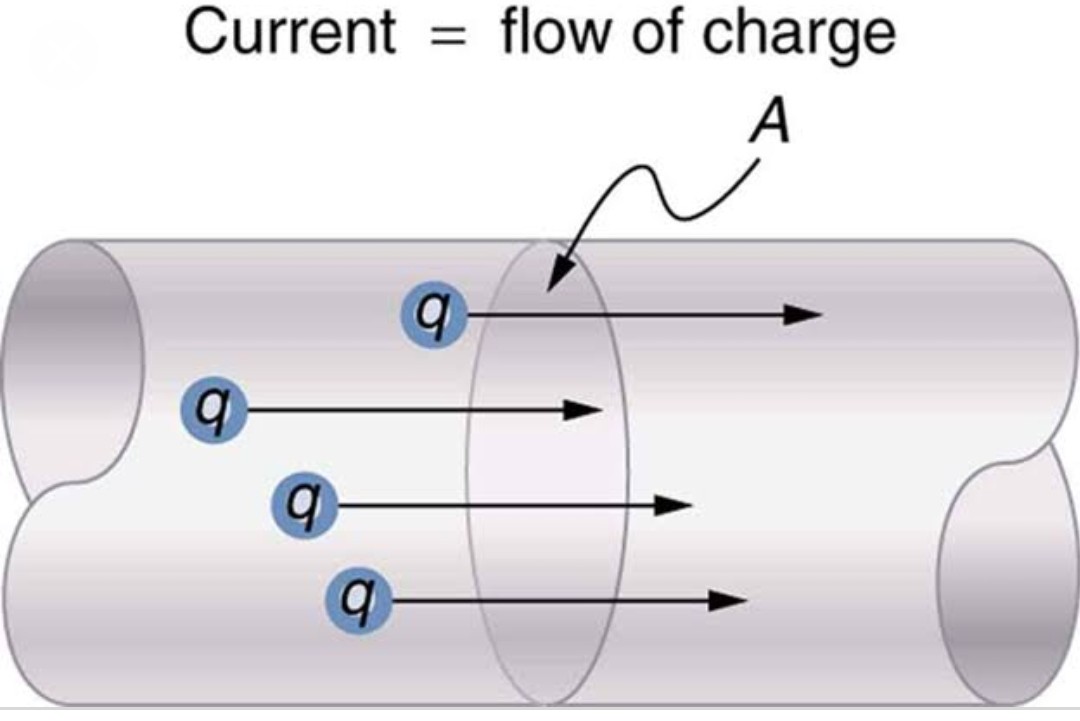 The electric current in conductor is proportional to the potential difference between its ends, other factors remaining constant.

where I is the current , V is the potential difference and R is the resistance. 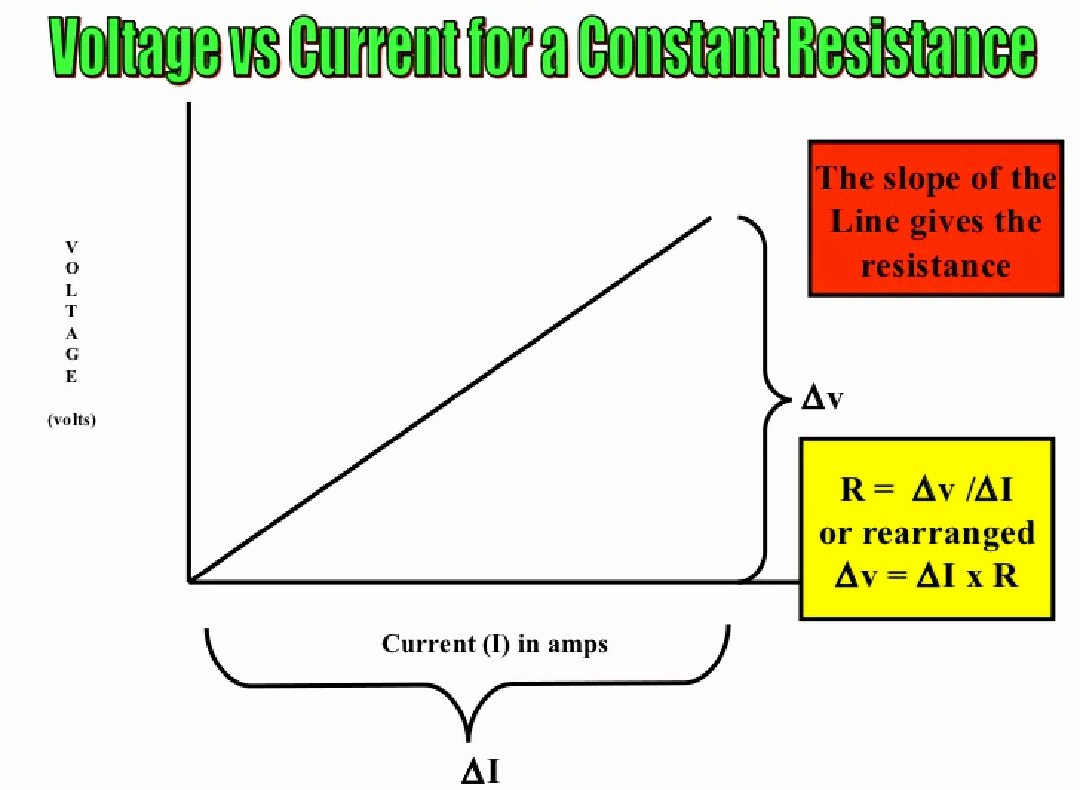 where , ρ is resistivity of material

L is length of conductor

A is uniform cross sectional area

ρ=1/σ, σ is conductivity of material 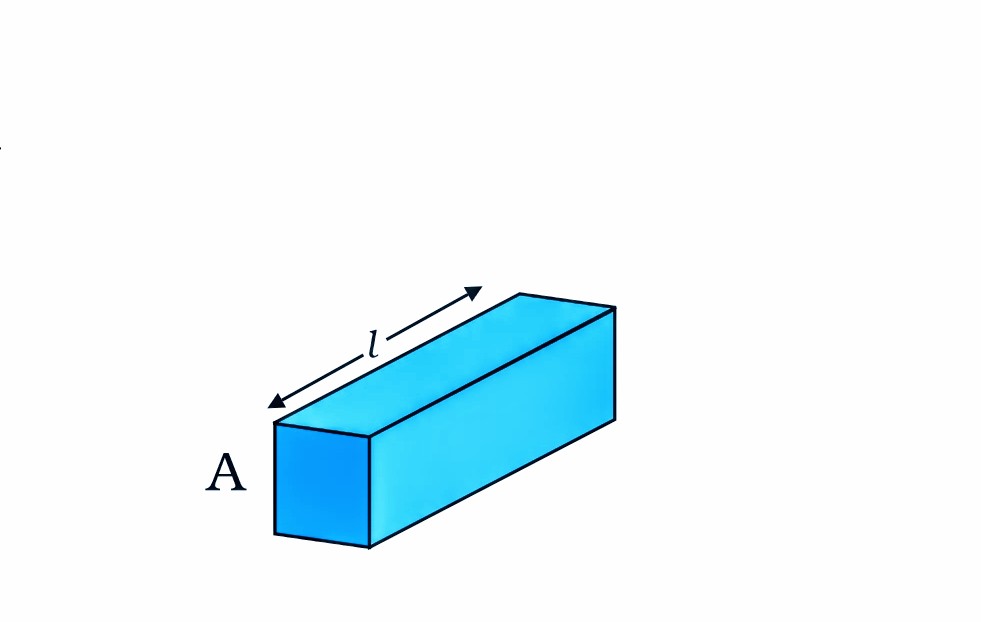 Dependence of Resistance on various factors –

If a wire stretches to double its length, then what is the new resistance if the original resistance of the wire was R?

Therefore, if a wire stretches to double its length, new resistance is 4 times the original resistance

As discussed earlier, resistance of a conductor depends on its length and area of cross section. As temperature changes the length and area also change. When the temperature of a material increases up it becomes hotter this is because atoms are vibrating more vigorously and bouncing off each other and giving off heat energy. The quicker the atoms move the more difficult it is for electrons to get to where they want to go to.

β is negligibly small for pure metals ,so the resistance varies linearly with the temperature.

Validity and failure of Ohm’s law

Ohm’s law is not a universal law . It doesn’t apply everywhere under all conditions. Under normal working temperature metallic conductors obey Ohm’s Law. Thus, are called Ohmic conductors . Even Ohmic conductors do not follow this law at very high currents or voltages.

Semiconductors also do not follow Ohm’s law as shown in the figure.

Battery is a device which maintains a potential difference between its two terminals. It exerts force on the charges present inside the battery material by some internal mechanism .

Then , the work done per unit charge is

This is electromotive force of the battery (E) , E = W/q

Internal Resistance Of a Cell

– Results in loss of electricity

Potential difference across the terminals of cell in different situations-

1 .Discharging of a battery –