Davidson Germer experiment is based on constructive or destructive interference of electrons after reflected from nickel surface. 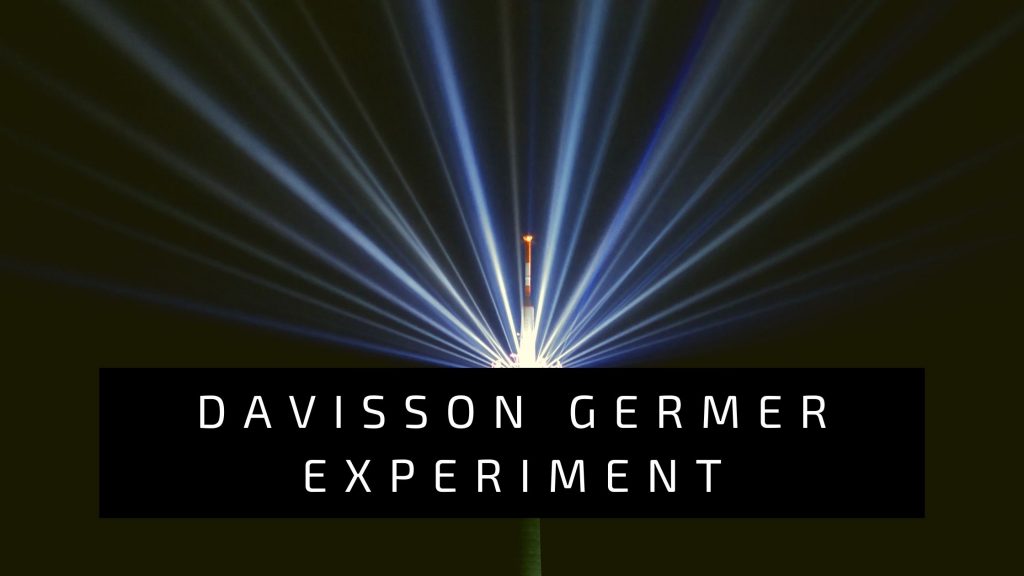 The experimental setup of the Davison Germer Experiment is enclosed within vacuum. Vacuum prevents the scattering of electrons by the medium.

The electrons which were emitted from the electron gun are made to pass through the axis of a perforated cylinder which consists of fine holes. This will be producing a fine collimated beam. It has a narrow passage for the electrons along its axis.

Its function is to render a narrow and straight (collimated) beam of electrons ready for acceleration.

A nickel crystal is present in this experiment and the electrons will scatter in various directions since the beams produced from the cylinder are again made to fall on the surface of this nickel crystal. The place of crystal is such that it can rotate about a fixed axis.

The electron detector measures the intensity of the electron beam scattered in a given direction.

It is used to capture scattered electron after electron fired on nickel crystal. Detector can be moved in a semicircular shaped arc.

Davidson Germer experiment is based on constructive or destructive interference of electrons after reflected from nickel surface.

The waves reflected from two different atomic layers of a nickel crystal will have a fixed phase difference. After reflection, these waves will interfere either constructively or destructively. This constructive and destructive patterns produce a diffraction pattern.

But in Davisson – germers experiment electron was used Instead of waves. Further it was observed that scattered electron also produced a differaction pattern which was thought could only be produced by waves. Therefore this lead to the conclusion that electrons also have wave nature.

Observations Made From Davisson Germer Experiment

Thus, there is an excellent agreement between the theoretical value and the experimentally obtained value of de Broglie wavelength.  Thus Davisson germer’s experiment explains wave nature of electron and the de Broglie relation.