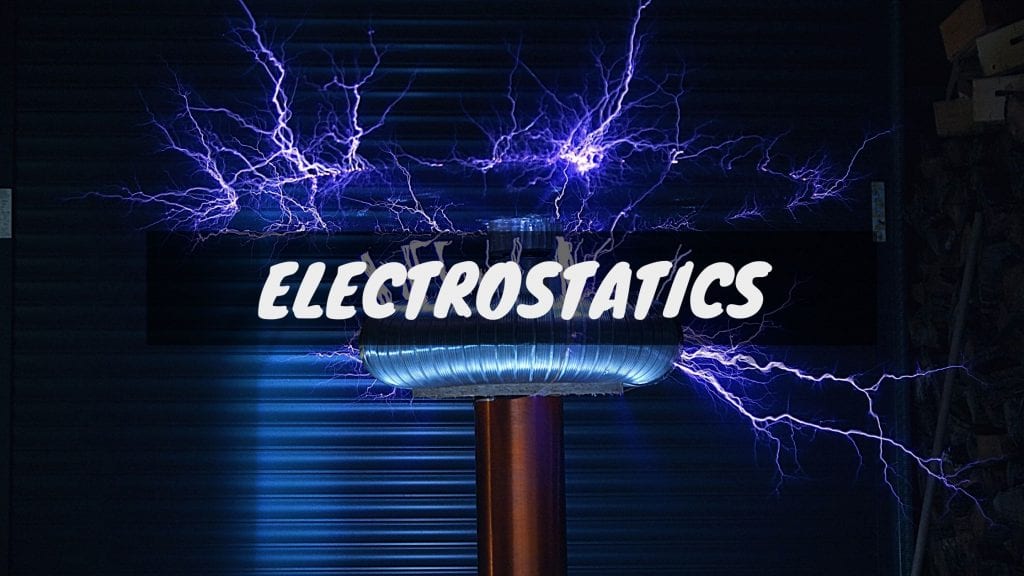 As the name suggest, electrostatics means the study of charges (electron, proton) at rest (static) . We can see the electrostatic phenomena in our everyday life. For instance, if we comb our hair (dry hair) then both hair and comb become charged. The brush attracts dust or small bits of paper and our hair stand on their roots . This phenomenon results from the forces between charges at rest. Coulomb’s law gives the force between point charges and hence forms the basics of electrostatics.

1. Conservation of charge: We cannot either destroy or create charge.

3. Quantization of charge: The smallest charge that exists in nature is the charge of an electron. Charge on any body will be integral multiple of e. It can never be +1/3e or -1/3e.

As per the Coulomb’s experiment, electric force has following properties –

By Coulomb’s law we can calculate magnitudes and directions of electrostatic forces. But its use is limited to the point charges only. Then what about distributed and continuous charges and their interactions ?…..

We describe distributed and continuous charges and their interactions with the help of Electric Field.

We define electric field as the space around a charge in which its influence can be felt by any other charged particle.

In electrostatics, mathematically electric field is force (given by Coulomb’s Law) divided by charge.

These lines of force are drawn in space in such a way that the tangent to the line at any point gives the direction of the electric field at that point.

Gauss’s law is an alternative to Coulomb’s law. It provides a different way to express the relationship between electric charge and electric field.

One point regarding Gauss Law to be kept in mind is that if Coulomb’s Law (fundamental of electrostatics) fails the Gauss Law will also fail.

Potential difference between any two points 1 and 2 is equal to the work done by an external agent in slowly moving the unit test charge from 1 to 2.

As the name suggests, equipotential surface is a surface with same potential at its every point. So, for a given charge distribution, locus of all points having same electric potential, are equipotential regions.