Food chain and food web are often confused as synonyms. But, they are two different and important parts of the ecosystem. In this article, we will learn about its types, examples and significances. Let us discuss this topic in detail here. Happy learning! 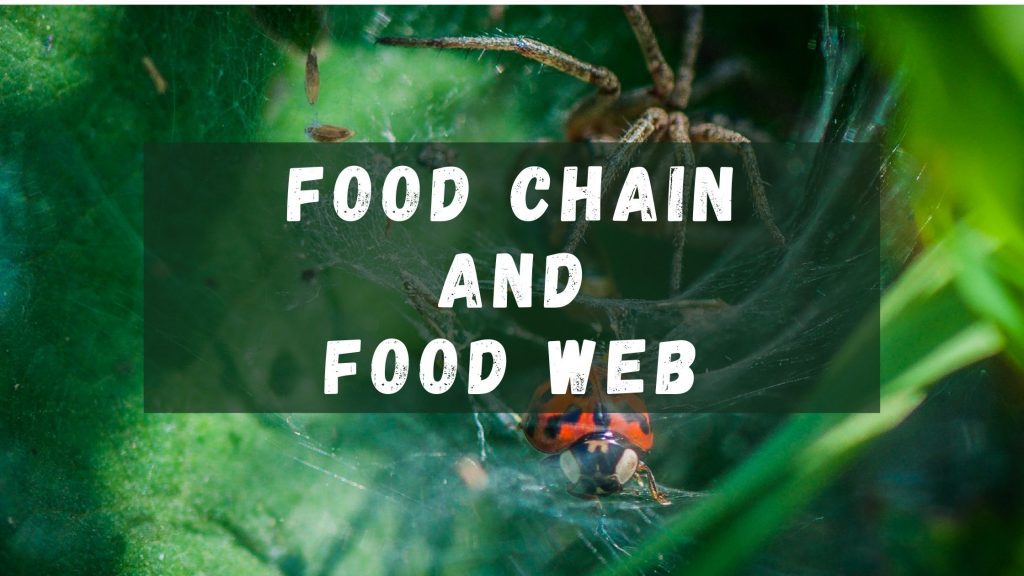 The food chain and food web are two important parts of the ecosystem for the energy transfer from one trophic level to another trophic level. In this article, we will learn about its definition, types, and examples of different types of food chains and food webs.

What is a Food Chain?

“A food chain is a one-way process of the flow of energy in an ecosystem passing through a sequence of organisms.”

We can divide it into three major trophic levels. These are:

Moreover, in a food chain, each organism obtains energy from the one at the level below.

Who are Producers, Consumers and Decomposers?

Plants are called the producer because they create their own food through photosynthesis.

Animals are consumers because they cannot create their own food they must eat plants or other animals to get the energy that they need.

Decomposers are the organisms that decompose all the materials in the food chain at top of the trophic level.

Furthermore, consumers can be:

Types of the food chains

There are different types of food chains in the ecosystem. They are:

Let us know more about it, one by one.

In this type of food chain, the consumer utilizes plants as their food. It begins from green plants and the primary consumer is a herbivore. For example,

This type of food chain starts from dead organic matter of decaying animal and plant bodies to the microorganism and then to the detritus feeding organism and to the other predators. It depends on the influx of the organic matter produced in another. For example,

The food chain has a huge importance in the ecosystem, such as:

What is a Food Web?

“A food web can be defined as a network of the food chain, interconnected at various trophic levels to form the number of feeding connections among the different organisms of the biotic community.”

It is also known as the consumer resources system.

A node represents an individual species or a group of related species or different stages of single species. A link connects two nodes.

Furthermore, the movement of the nutrient is cyclic but the flow of energy is unidirectional and non-cyclic.

Significance of the food web

Finally, let us see what are the significances of the food web.