Gametogenesis plays a significant role in humans to support the continuation of generations. In this article, we will learn all about gametogenesis in males that is, spermatogenesis. 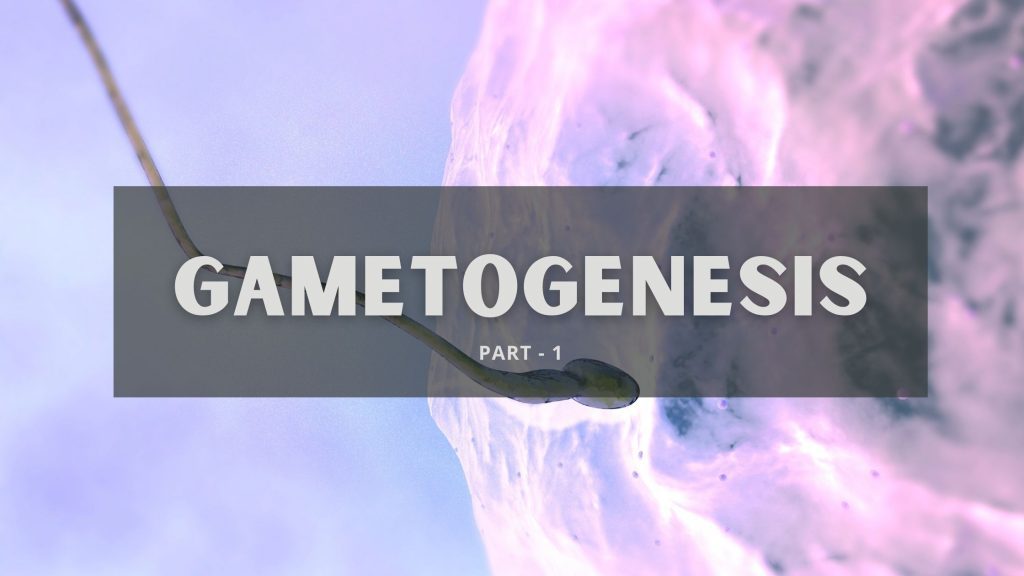 As we know, an organism undergoes a series of transformations during its entire life cycle. Similarly, Reproduction is an important step for the origination of a new life cycle. Further, gametogenesis plays a significant role in humans to support the continuation of generations.

“Gametogenesis is the process of production and development of haploid gametes by the primary sex organs.”

“The process by which new spermatozoa or sperms are created from spermatogonia is called spermatogenesis.“

Furthermore, it occurs in the testis which is the primary sexual organ of males. In humans, it takes an average of 74 days.

The process of spermatogenesis takes place in phases, such as:

1. Phase of mitotic division of spermatogonia:

2. Phase of formation of primary spermatocyte by maturation:

Then, 128 spermatogonia undergo maturation to form 128 primary spermatocytes. Further, these are large cells with a diploid number of chromosomes.

3. Phase of formation of secondary spermatocyte by 1st meiotic division:

4. Phase of formation of spermatid:

Further, each secondary spermatocyte undergoes 2nd meiotic division(similar to mitosis) to give rise to 2 spermatids. Thus, a total of 512 spermatids form, having a haploid number of chromosomes.

5. Phase of formation of spermatozoan:

Spermatogenesis is regulated by certain important factors, such as:

The sperm about 60 mm long is a single cell that has a ‘head’ and a ‘tail’. Moreover, the head is the nucleus of the cell containing the DNA material. Also, the head is capped by an acrosome made up of mucopolysaccharide and acid phosphatase enzymes.

Sertoli cells are large, complex glycogen-containing cells that stretch from the basal lamina of the tubule to the lumen.

Click here to read Gametogenesis (Part II), which has a detailed discussion on gametogenesis in females, i.e., oogenesis.