We know, nitrogen is a constituent of many biomolecules and compounds such as, amino acids, hormones, chlorophylls etc. It is also the most abundant gas in air. But, plants can not use this nitrogen directly. They use a specific pathway to convert the inert nitrogen present in environment to a usable form. Let us see how. 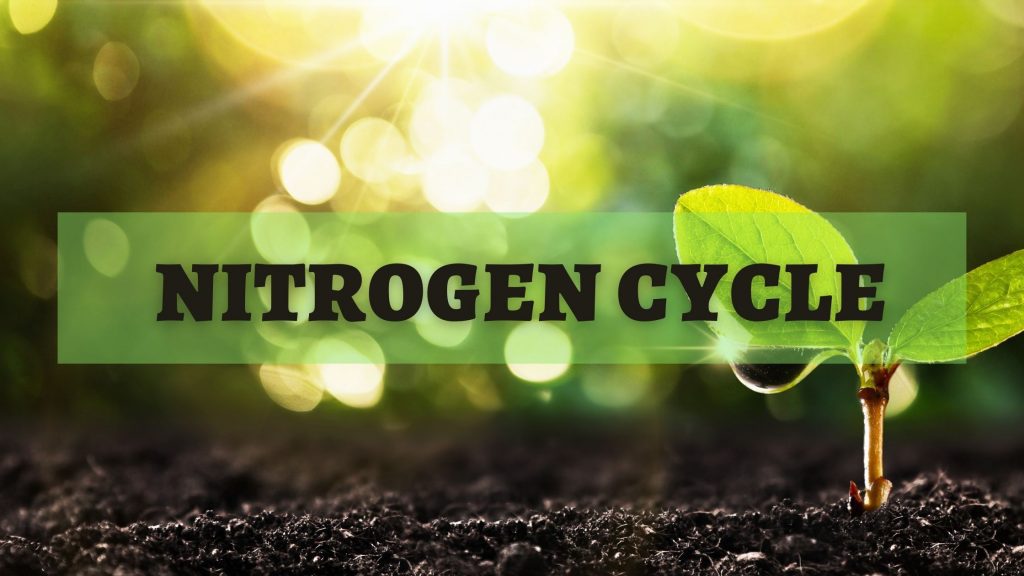 Carbon, hydrogen, oxygen and nitrogen is the most common element in all living organisms. Nitrogen is a constituent of amino acids, proteins, hormones, chlorophylls and vitamins. It is also the most abundant gas in the atmosphere. However, plants can not use this nitrogen directly and use the nitrogen cycle to produce usable nitrogen. Let us learn more about its definition, steps with the help of a nitrogen cycle flowchart, reactions and significance.

What is Nitrogen Cycle?

“Nitrogen Cycle is a process that converts nitrogen into many forms by continuously passing it from the atmosphere to the soil then, to the organisms and finally sends it back into the atmosphere.”

It is a bio-geochemical process, that helps in converting atmospheric nitrogen into usable nitrogen for plants. Furthermore, plants compete with microbes present in the soil because of the limited availability of nitrogen. Thus, nitrogen is a limiting nutrient for natural and agricultural ecosystems.

So, as we can see from the nitrogen cycle flowchart, it consists of several steps. Let us discuss them in detail here.

“Nitrogen-fixation is the process of conversion of nitrogen to ammonia.”

As we know, nitrogen exists as a diatomic molecule having two nitrogen atoms linked by a strong triple covalent bond i.e. N ≡ N. The reaction that takes place is:

There are two groups of organisms that help in this process

These are the bacteria living symbiotically in root nodules (small outgrowths on roots) of legume plants that can fix atmospheric nitrogen and make it available for the plants. For example, Rhizobium and Frankia.

“Nitrification is the process of biological formation of nitrate and nitrite from ammonia.”

It takes place in two steps:

Nitrification is a reductive process. It is an important step because the transformation of NH4+ ion into NO3– ion results in the shift in charge from positive (+ve) to negative (-ve). The positively charged ion tends to bind with negatively charged particles in the soil. Whereas, the negatively charged NO3– ion tends to freely migrate in soil water so that, plants can radially take up nitrate ion by roots for using it in organic compounds.

“Ammonification is the process of decomposition of organic nitrogen of dead plants and animals into ammonia.”

The breakdown starts with detritus i.e. dead plants and animals, where proteins are decomposed into amino acids by enzyme proteases. These amino acids further break down to ammonia (NH3). This ammonia is finally converted to ammonium (NH4+). However, some of the ammonia volatilizes and goes back into the atmosphere.

“De-nitrification is the biological conversion of nitrite and nitrate into nitrous oxide or molecular nitrogen gas.”

Furthermore, de-nitrification causes the loss of soil nitrogen into the atmosphere. This process is called the volatilization of nitrogen.

The nitrogen cycle is quite important for plants and microorganisms present in the soil. Such as,