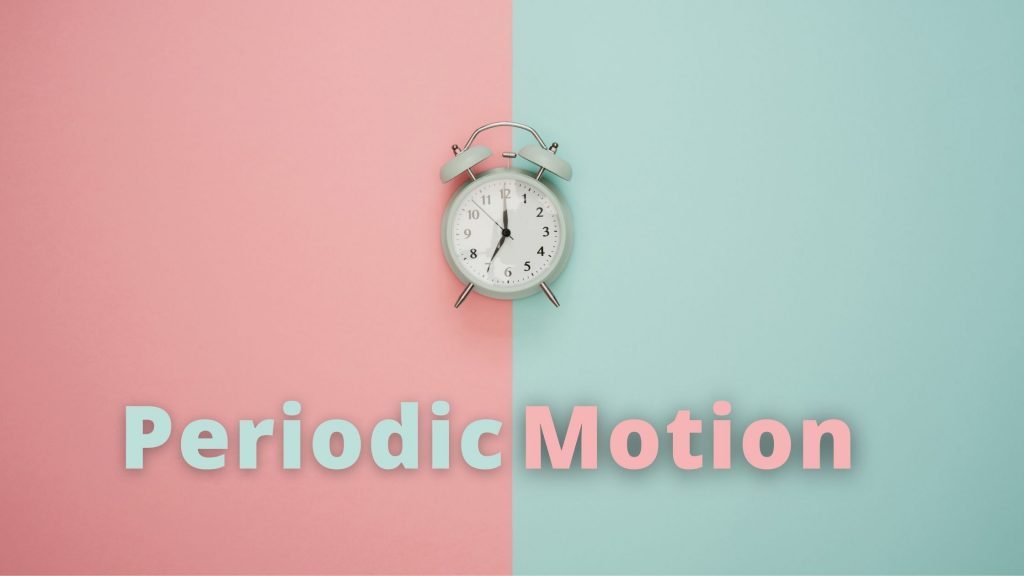 To study motion in detail there is a need to classify motion based on different criteria. We can classify the motion of various bodies on the basis of the way they move. For example, a car moving on a straight road exhibit linear motion. Similarly, the motion of the earth around the sun is circular motion. Here, in this blog we will focus on periodic and non periodic motion.

What is Periodic Motion?

A body exhibits periodic motion if it moves such that it repeats its path after regular intervals of time.

To avoid confusion between periodic motion and oscillation, let me explain oscillation here in short.

We know that periodic motion repeats itself after regular intervals of time. Time period is the smallest interval of time after which the motion repeats. You can call time period as simply period. We use English letter T to represent time period.

The number of times motion repeats in a second is called frequency. It is represented by Greek letter ν.