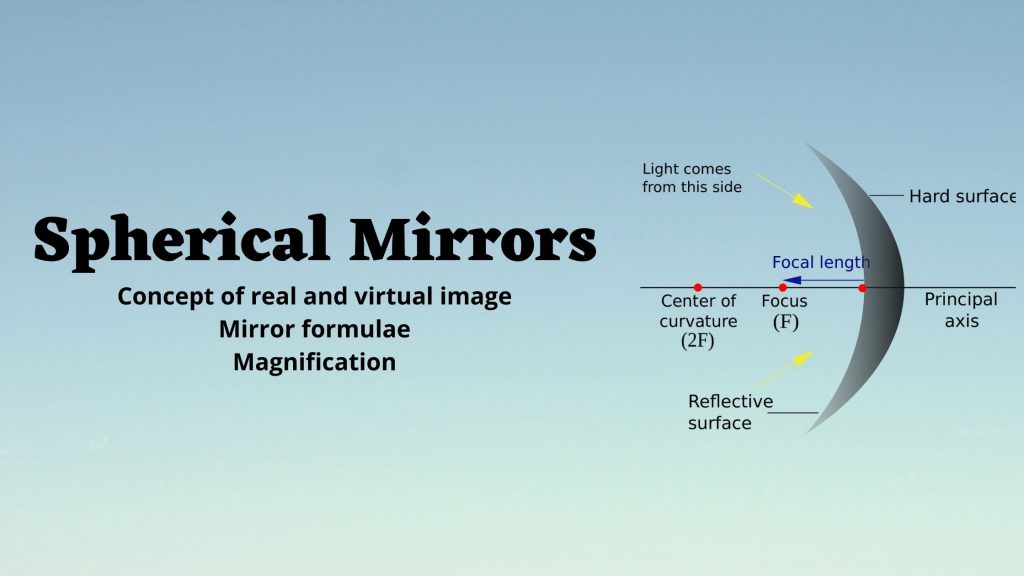 To derive the relevant formulae for reflection by spherical mirrors and refraction by spherical lenses, we must first adopt a sign convention for measuring distances. In this book, we shall follow the Cartesian sign convention. According to this convention, all distances are measured from the pole of the mirror or the optical centre of the lens. The distances measured in the same direction as the incident light are taken as positive and those measured in the direction opposite to the direction of incident light are taken as negative (Fig. 9.2). The heights measured upwards with respect to x-axis and normal to the principal axis (x-axis) of the mirror/ lens are taken as positive (Fig. 9.2). The heights measured downwards are taken as negative.