Plants have tiny pores on their leaf surface, called stomata. However, they perform a huge role in plant life processes. Let us know more about its type, functions, structure and mechanism. 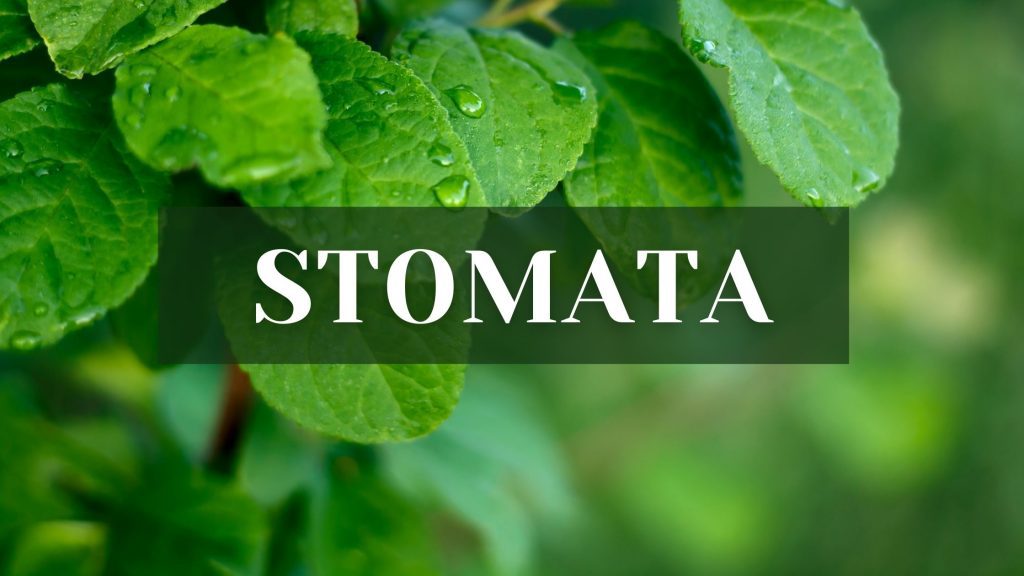 Like humans or any other living organism, plants also have different parts assigned to perform different functions. One such critical function is to perform the gaseous exchange. This important function is achieved by small pores, called Stomata. In this article, we will learn about the definition of stomata, its type, and its functions. Furthermore, we will be going to learn about the structure and mechanism of stomatal opening and closing.

“Stomata are the tiny pores present on leaf epidermis that are responsible for gaseous exchange in plants.”

These tiny openings present on the epidermis are easily visible under a light microscope. On a broad basis, the role of stomata is to help in the exchange of gases. Moreover, it also helps in photosynthesis and controls the transpiration rate by opening and closing the pore.

Stomata are classified into five different types based on the number and characteristics of the surrounding subsidiary cells. Let us discuss each type:

It is the type of stomata in which the subsidiary cells that are perpendicular to the guard cells, surround the stomatal pore in a leaf.

In this type of stomata, the stomatal pore possesses guard cells that are in the shape of a dumbbell and the arrangement of subsidiary cells is parallel to the guard cells.

When three subsidiary cells that are of equal size, surround the stomatal pore, it forms an anisocytic stoma.

Stomata have many important functions, such as:

The stomas are the minute pore present in the stomata, surrounded by a pair of guard cells. Generally, the guard cells are bean-shaped. However, the shape of the guard cells differs in monocots and dicots.

Opening and closing of stomata