This blog gives you complete information about taxonomy and systematics in very easy language. Read it till end and do not forget to test your knowledge. 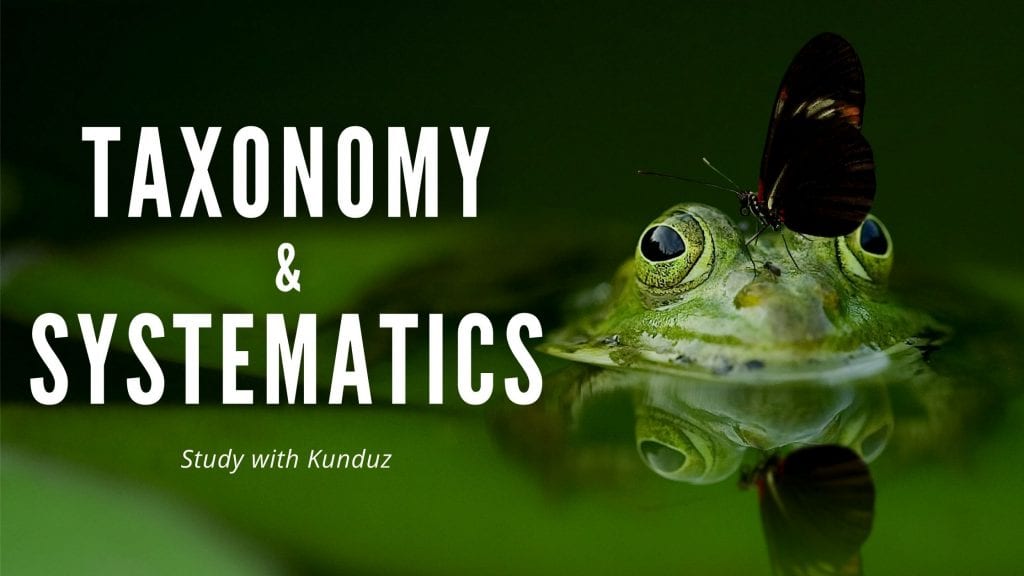 Contents of Taxonomy and Systematics:

Systematics may be defined as the study of the kinds and diversity of organisms and the relationships among them. Taxonomy, on the other hand, is the theory and practice of identifying, describing, naming, and classifying organisms. Classification is the arrangement of organisms into groups (taxa, singular taxon) on the basis of their relationships. It follows that identification can take place only after a classification has been established. Taxonomy and systematics are often used as a synonyms of each other.

Taxonomy is a branch of science which deals with principles and procedures of identification, nomenclature and classification of organisms. The word taxonomy is given by Candolle.

Systematics is the branch that deals with the diversity of organisms and their evolutionary relationships. This is based on the comparative anatomy, physiology and biochemistry. Often, systematics is used interchangeably with taxonomy.

Taxonomy and systematics are used to achieve the following:

Suppose we have 3 sets of animals categorized into 3 species, say A, B, C and we identify a new organism, K. Then, based on the identification, characterization, classification of the organism, if we find that this has more resemblance to the species belonging to ‘C’, then we place the new organism into that category. Later we name the organism according to the rules of nomenclature.

Nomenclature is the branch of science that deals with providing distinct and proper names to the organisms. This is done in order to easily differentiate organisms. Generally, we give two types of names to organisms- common and scientific. Here we mostly follow the scientific names rather than the common or vernacular names.

5. We name a newly discovered species easily based on its taxonomic category.

Questions on Taxonomy and Systematics