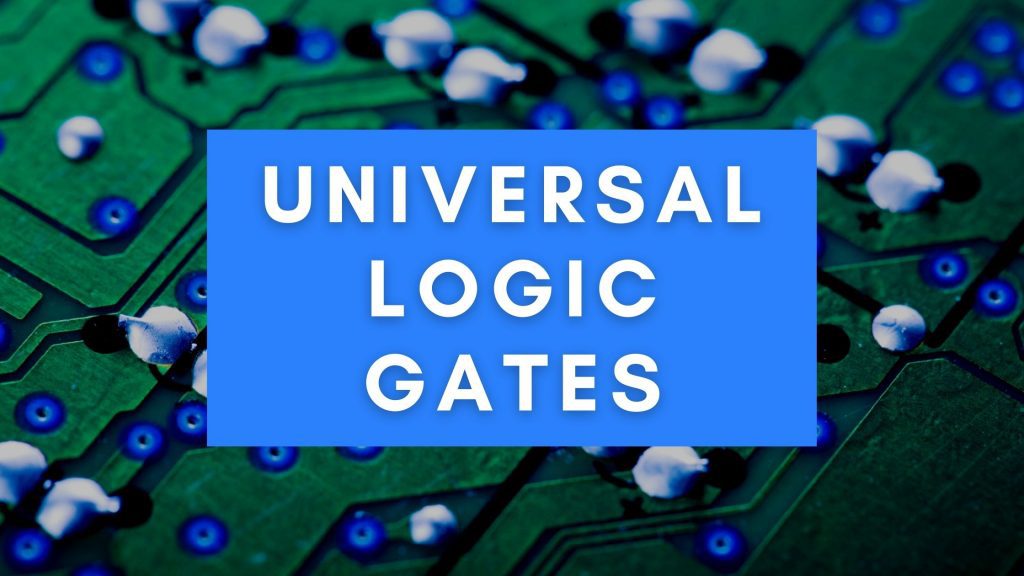 A gate is a digital circuit that follows curtain logical relationship between the input and output voltages. Therefore, they are generally known as logic gates — gates because they control the flow of information. The five common logic gates used are NOT, AND, OR, NAND, NOR. Each logic gate is indicated by a symbol and its function is defined by a truth table that shows all the possible input logic level combinations with their respective output logic levels. Truth tables help understand the behavior of logic gates. These logic gates can be realized using semiconductor devices. NAND and NOR are Logic gates which can be used to make any logic gate are called universal logic gates. NOR and NAND are universal logic gates.

This is an AND gate followed by a NOT gate. If inputs A and B are both ‘1’, the output Y is not ‘1’. The gate gets its name from this NOT AND behaviour. Figure 14.33 shows the symbol and truth table of NAND gate. NAND gates are also called Universal Gates since by using these gates you can realise other basic gates like OR, AND and NOT.

It has two or more inputs and one output. A NOT- operation applied after OR gate gives a NOT-OR gate (or simply NOR gate). Its output Y is ‘1’ only when both inputs A and B are ‘0’, i.e., neither one input nor the other is ‘1’.

This is the most basic gate, with one input and one output. It produces a ‘1’ output if the input is ‘0’ and vice-versa. That is, it produces an inverted version of the input at its output. This is why it is also known as an inverter.

An OR gate has two or more inputs with one output. The output Y is 1 when either input A or input B or both are 1s, that is, if any of the input is high, the output is high.

An AND gate has two or more inputs and one output. The output Y of AND gate is 1 only when input A and input B are both 1.