In this article, we will be discussing about various cellular organisms that did not find a place in the five-kingdom classification, i.e., viruses, viroids and prions. 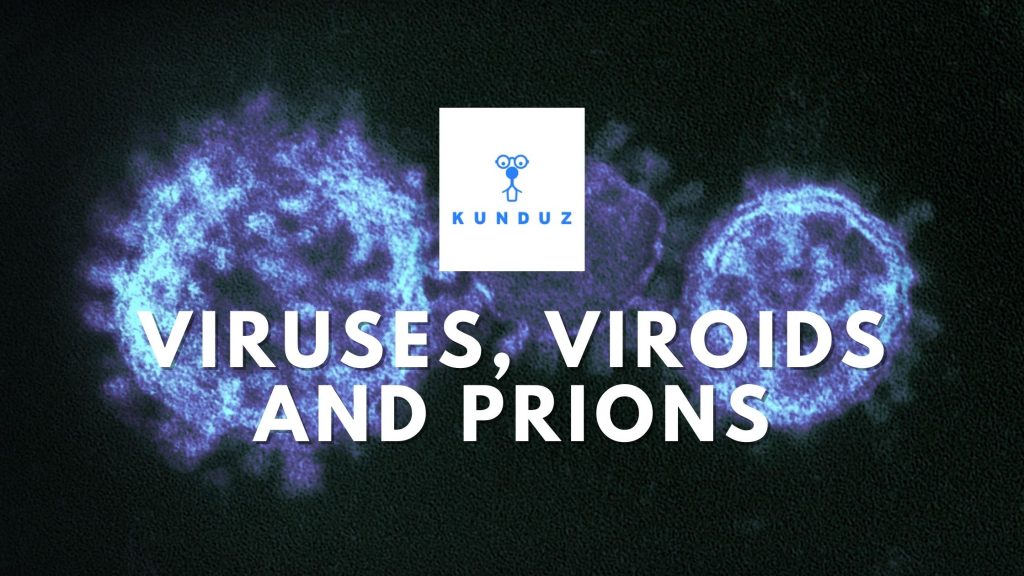 R. H. Whittaker, in his five-kingdom classification, did not mention cellular organisms like viruses, viroids, and prions. However, these organisms are important entities of the environment having significant effects on humans, plants, and other living organisms. Let us learn more about them.

Viruses mean venom or poisonous fluid. You must have heard about the common cold or ‘flu’ and somebody who has suffered from it knows what effects viruses can have on us.

“Viruses are noncellular particles made up of genetic material (DNA) and protein having the power to invade living cells.“

Also, you must be wondering why viruses did not find a place in the classification? The reason is, viruses are not
considered as truly ‘living’. That is, they are both living and non-living. Let us see how.

Are viruses living or non living?

Viruses are both living and non-living or neither living nor non-living. That is, they show some properties of the living organisms but fail to show other properties.

To explain, viruses have a cell structure with genetic material and the ability to replicate which shows their living nature. On the other hand, they can not maintain a constant internal state i.e. homeostasis, which is living organisms show. Thus, we can not really classify them as living or non-living.

Dmitri Ivanowsky in 1892, found out certain microbes causing the mosaic disease of tobacco having a size smaller than bacterias.

Further, in 1898, M.W. Beijerinek studied filtered plant juices and demonstrated that the extract of the infected plants of tobacco causes infection in healthy plants. He coined the term “virus” for the new pathogen and called the fluid Contagium vivum fluidum meaning, infectious living fluid.

W.M. Stanley in 1935, showed that a virus could be crystallized. However, these crystals were largely made of proteins and that they were inert outside their specific host cell.

Viruses affect us in many ways, for example, diseases like mumps, smallpox, herpes, and influenza are all caused by. They also cause some serious diseases like AIDS.

Furthermore, in plants, the symptoms of a viral infection can be mosaic formation, leaf rolling and curling, yellowing, vein clearing, dwarfing, and can also affect its growth.

Viroids mean “virus-like” and they are a short strand of circular RNA capable of self-replication.

Unlike viruses, viroids do not have a protein coat (capsid) to protect their genetic information. It is a free RNA of low molecular weight.

In 1971, Theodor Diener, a pathologist found an acellular particle to cause potato tuber spindle disease, which causes slower sprouting and various deformities in potato plants. Also, these could take control of the host machinery to replicate their RNA genome, similar to viruses. Thus, he named them “viorids”.

“Prions are agents consisting of an abnormal protein that transmits certain infectious neurological diseases.” These agents are similar in size to viruses. They have no DNA or RNA. “PrP” is the main protein in human and mammalian prion diseases.