Picked For You
Maths
Study Material

Axioms of Probability and Solved Problems 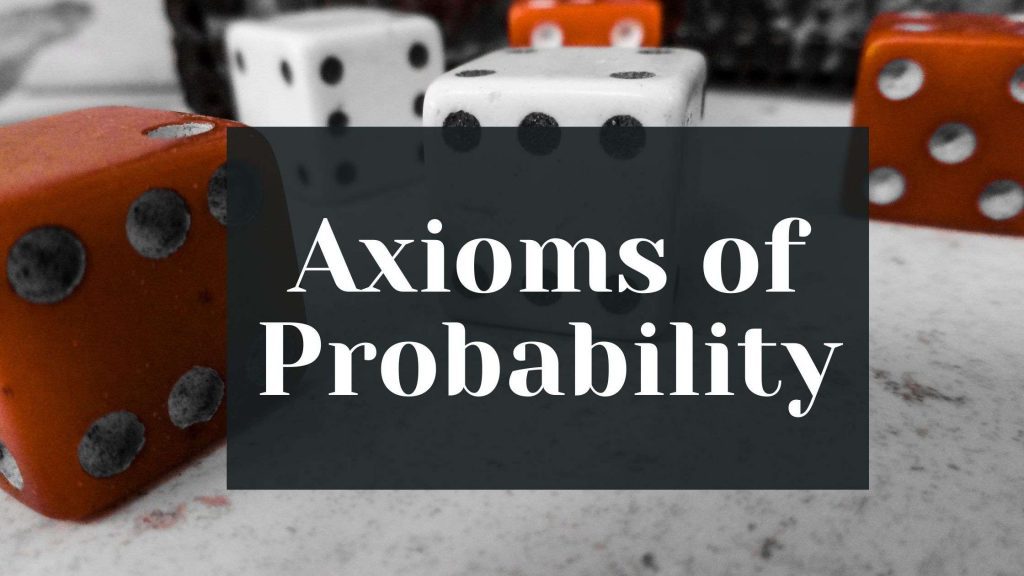 Let S be the sample space of a random experiment. The probability P is a real valued function whose domain is the power set of S and range is the interval [0,1].
There are three axioms of probability. Good understanding of these axioms is necessary to crack any problem of probability.

Axiom 1:
For any event E, P(E) ≥ 0.
This main conclusion of this axiom is that the probability of an event is a non – negative number.

Look at the following solved problems for better understanding of the concept.

Question: There are 3 pieces taken from a lot. What is the probability that exactly two of them are defective?

Question: One card is drawn from a well shuffled deck of 52 cards. If each outcome is equally likely, calculate the probability that the card will be
(i) a diamond (ii) not a diamond (iii) not an ace