This blog covers oxoacids of phosphorus with their molecular formula, method of preparation, reactions and properties. 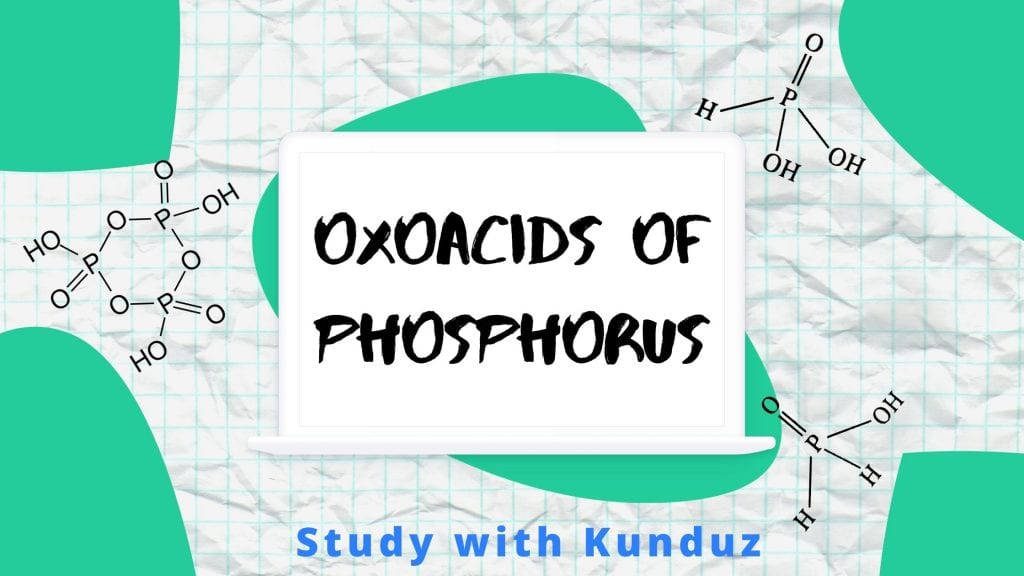 Oxoacids are acids that contain the element oxygen in compound. Phosphorus forms a number of oxoacids like H4P2O5, H3PO4, H3PO3, HPO3, etc.

The acids which contain P–H bond have strong reducing properties. Thus, hypo-phosphorous acid is a good reducing agent as it contains two P–H bonds and reduces, for example, AgNO3 to metallic silver.

These P–H bonds are not ionizable to give H+ and do not play any role in basicity. Only those H atoms which attach with oxygen in P–OH form are ionizable and cause the basicity. Thus, H3PO3  and H3PO4 are dibasic and tribasic, respectively as the structure of H3PO3 has two P–OH bonds and H3PO4 has three.

Potassium phosphite is also a precursor to phosphorous acid:

2. It formed by hydrolysis of phosphorous trioxide (P4O6). It a is dibasic acid.

Another, one of the most important among oxoacids of phosphorus is pyrophosphorus acid.

Hypo-phosphoric acid is a mineral acid with the formula H4P2O6. In the solid state it is present as the dihydrate, H4P2O6·2H2O. In hypophosphoric acid the phosphorus atoms are identical and joined directly with a P−P bond.